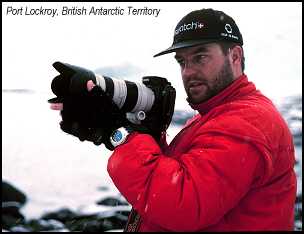 Rod’s first attempt at adventure travel was running away from his poor mother in Adelaide’s busy Central Market and ending up on North Terrace (about two kilometres). Not bad for an 18-month-old on foot. It didn’t stop there.

Although his journeys are better planned and less hazardous these days, the spark of spontaneity is still part of the formula.

Another watershed was his first cruise as a ten-year-old aboard P&O’s Himalaya on the well-worn Noumea-Fiji-Auckland route. This was his first exposure to overseas ports and native cultures outside Australia. Despite attempts to join mainstream society, the lure of travel won out. He stumbled through marketing, public relations, rock band management and journalism before settling into an erratic routine as a travel, tourism and transport writer, photographer and journalist.

When someone needs to be impressed, he mentions his tertiary qualifications in journalism from University of Queensland, his Certificate in Business Management from AIM and his time as a lecturer in Photojournalism at Charles Sturt University. He’ll go on and on about how he created web pages back in 1994 and his first commercial website, launched in 1995. Don’t get him started on how he was one of the first to deliver digital images and copy to clients as far back as 1993.

More recently he has comfortably slotted into a specialisation in small ship, adventure and expedition cruising and has published articles on his journeys in magazines and newspapers in Australia, Malaysia, USA, UK, Kuwait, New Zealand, Indonesia, Thailand, India and Hong Kong among others. He has no idea what’s appeared on the web, but you can always check on Yahoo!7 Search.

“Just read over your story — and I think it’s definitely one of the best contributions to this project.” – Brand Content Executive
“Another great article. Thanks Rod.  You are like the gift that keeps on giving!” – cruise company PR
“Very nice piece on the experience, just what I wanted but better!” – consumer travel editor
“excellent collaboration, thanks!” – creative director
“I am so impressed … I absolutely love it and the brilliant portraits.” – creative director
“… you’ve exceeded my expectations with this – I really enjoyed it and think it is going to make a terrific feature.” – consumer travel editor
“… brilliant, thanks very much for turning that around so quickly!” – consumer travel editor
“It’s been lovely reading all your fascinating travels. Thanks you for all your hard work” – travel editor