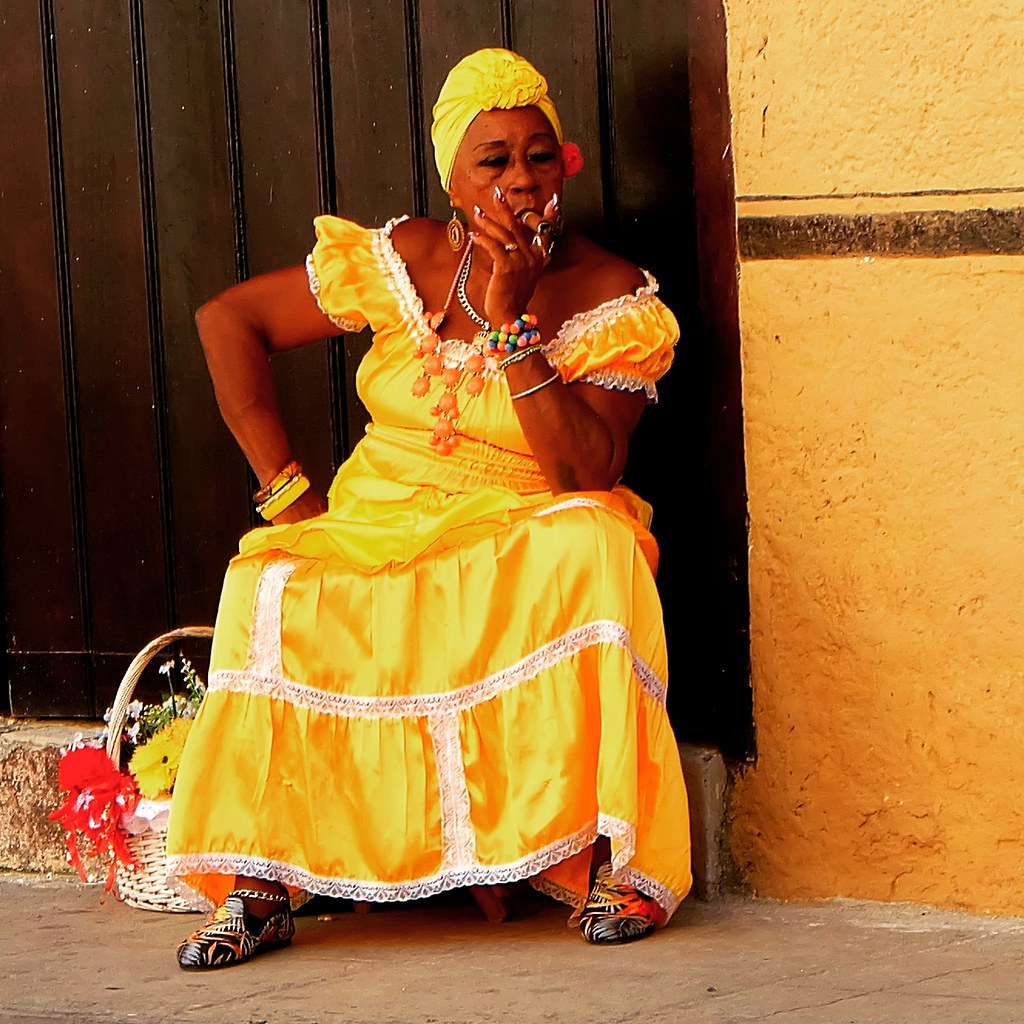 Every day she was there on the same step just a stone’s throw from Hemmingway’s favourite haunt, the now famous Hotel Ambos Mundos.

Every day a stunning new dress, but quite likely the same cigar, a whopping, unlit Cohiba. Just who is she? I had to find out.

All around the old city in Havana you’ll find locals dressed in costume posing with tourists for photographs.

They are the city’s official ‘costumbristas’: artists who dress in the colloquial or traditional style of a region. 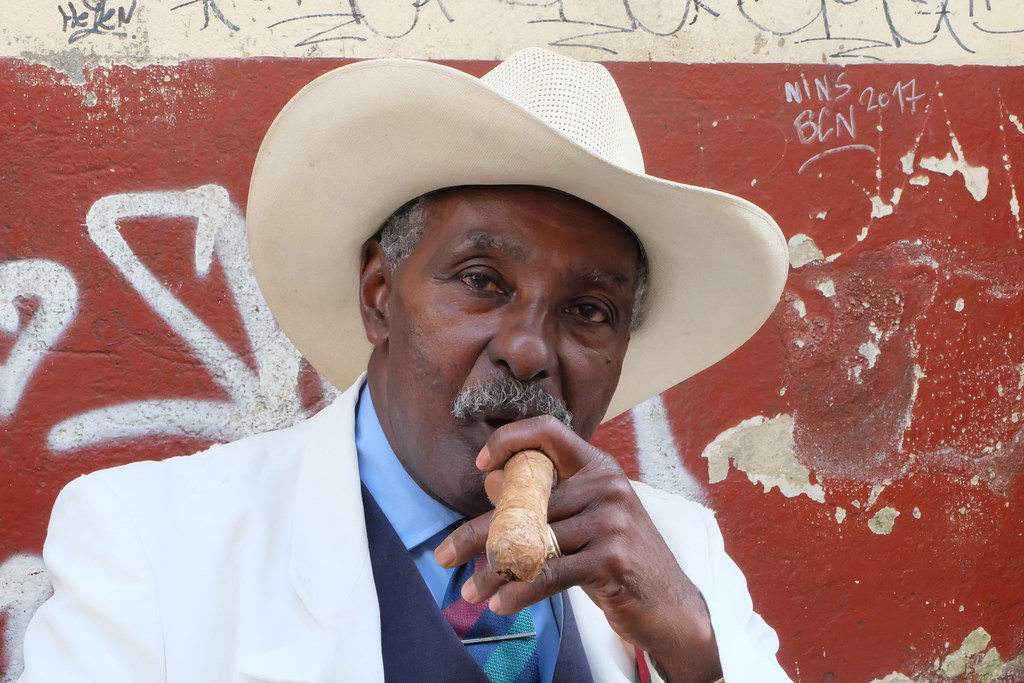 We meet stunning Anita, who’s graced the cover of numerous travel brochures, guidebooks and postcards. Migdalia was a musician, while Rafael was a motor mechanic, each now earning several times more than their original pay packet posing with willing tourists for a few dollars.

This entry was posted in Uncategorized and tagged Cuba, Havana. Bookmark the permalink.