Fiji: Dance of the Devil Fish 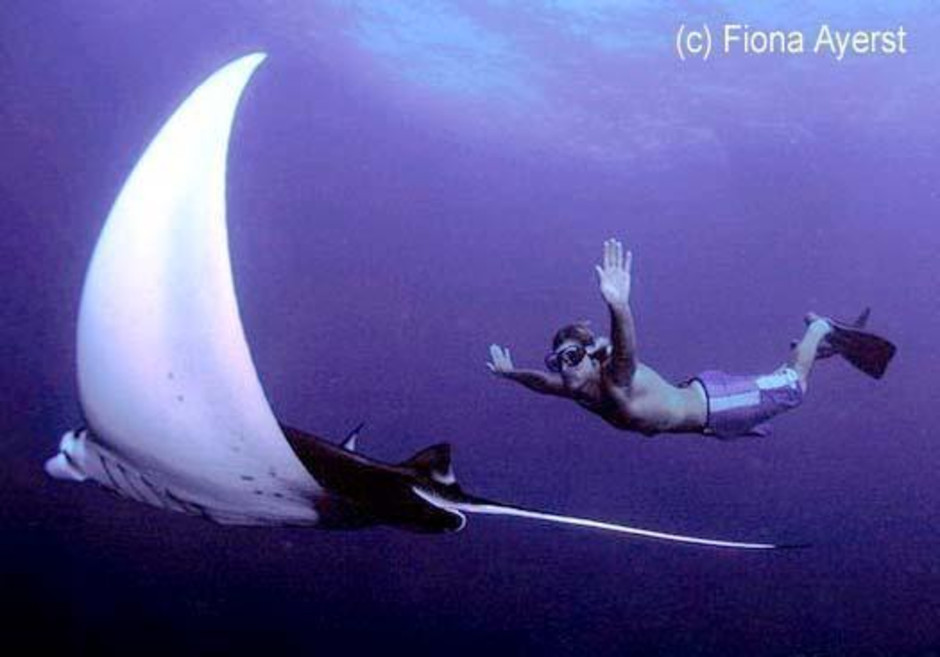 Hidden away in Fiji’s Yasawa Island group due north from Lautoka, a pre-historic submarine ritual is played out before a mesmerised Roderick Eime.

Like dog-fighting starfighters from some science fiction epic, the two creatures banked, dived and barrel-rolled in perfect unison, the slightly smaller of the two trailing behind, appearing to be lining up for an attack. But as the act played out in perfect slow motion harmony, it was clear the two enormous underwater beasts were simply cavorting in an ancient ceremony only they understood.

Manta Rays [Manta birostris] are the largest of all the rays and unlike the all-too-deadly stingrays we are now familiar with, these massive, yet gentle and placid plankton feeders just cruise and browse their way around the world’s oceans.

Worshipped as mystical sea gods by some Pacific Islanders and as wanton demons by the Japanese who believed the beast would envelope a man in its wings and crush him to death. Giant Manta Rays can grow to 8 metres across and weigh as much as 2000kg. The two distinctive protrusions near the eyes (paps) spawning the other common name, devil fish. Anything but evil, Mantas are serene, beautiful animals and a gold medal sighting for divers and snorkellers.

Here on Drawaqa Island, not far from where Tom Hanks was marooned in Castaway, is Barefoot Lodge, a low-impact, no-electricity ‘resort’ for those wanting to enjoy a true Gilliganesque “get away from it all” tropical island holiday. Families and couples of all ages from the USA, Europe and Australia are drawn here for an authentic, if Spartan island experience. Barely 100 metres from the bamboo breakfast bar is the northernmost tip of the tiny island, unambiguously dubbed Manta Ray Point.

At the rise and fall of the tide, the resident population of Manta Rays, as many as a dozen at a time, glide serenely along the narrow channel between Drawaqa and neighbouring Naviti Island. The rush of nutrient-rich water creates a current of several knots that makes swimming with the rays a near-Olympic task, so we are content drifting with them momentarily until the tender scoops us up and places us upstream again for another pass.

I hover transfixed above one of the larger ones just watching it glide effortlessly against the current, its span considerably wider than the limit of my outstretched arms. From a depth of perhaps three metres, it suddenly angles sharply upward toward me. Is it asking me to dance? Is it moving to attack? Or I am I just in its blindspot? I manage a metre of reverse thrust to allow it some room, when it rolls onto its back and stares at me point blank, its gaping mouth teaming with tiny, bright yellow fish continually attending to the host’s dental hygiene. The urge to touch it and make contact is overwhelming, but the Manta’s skin is covered by a thin protecting layer of mucus-like film and my skin would damage it, leaving the ray vulnerable to lesions and parasites. Instead we tango tantalisingly close for a few seconds, the proximity heightening my excitement. And then, like a fleeting apparition, it swoops down to the depths and slowly and vanishes.

“Hey man, let it go,” calls Brian, a Californian holidaying with his family. Snapping out of my trance, I look back to see I have floated nearly fifty metres from the group, now clambering elated into the dive tender, chattering madly about their own close encounter.

True, if left alone I would have followed it out on its voyage to wherever it was heading, such was the hypnotic attraction of the legendary ‘devil fish’. But we must now go our separate ways.

Later, after a bountiful lovo (earth oven) dinner of pork, chicken and walu (Spanish mackerel), we sit on the beach sipping cold beer admiring the lurid phosphorescence of the night sky away from the city. Shooting stars occasionally burst into life and extinguish themselves in the upper atmosphere, the perfect silence interrupted only by the lapping waves and the intermittent throaty gurgle of an emptying stubbie. 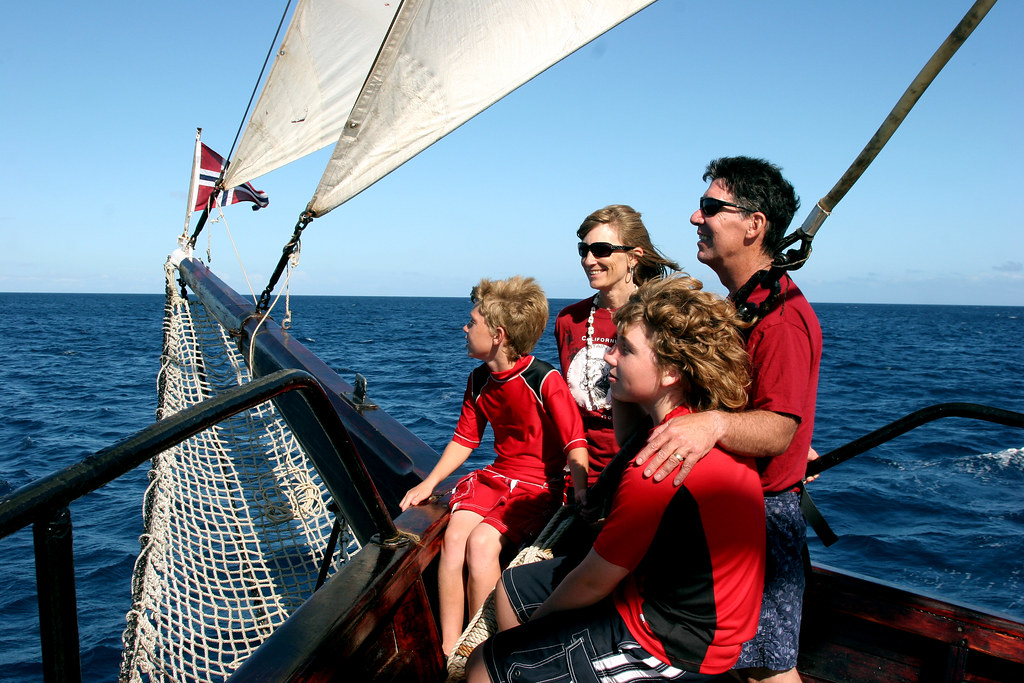 Past the faint silhouette of our transport, the 100 foot brigantine ‘Ra Marama’ moored just off shore, a new moon casts a simmering glow on the calm waters. Beneath the surface the misnamed devil fish are out there somewhere, patrolling the endless ocean on their quest for whatever it is they quest for. If only our own lives were that simple.

Getting there: Pacific Blue, International Airline of Virgin Blue offers direct daily flights from Sydney to Nadi. Formal connections are also available daily via Brisbane with fares start from $289 per person, one way on the net. If you’re looking to keep entertained, simply hire the digEplayer. Your own personal in-flight system features movies, TV shows and a board array of of music for an additional $15. For extra leg room, book the Blue Zone seating option for an additional $45 on top of your fare. Check out www.flypacificblue.com for current specials, bookings and all your travel needs.